Deep brain stimulation has been used for many years to treat the tremors and stiffness of Parkinson’s disease, however, this is a recent treatment option for epilepsy.

DBS is used to manage epilepsy when seizures haven’t responded to other forms of treatment. It is a technique that where a wire is placed permanently in the brain which receives electrical pulses from a pacemaker-like device implanted in the chest. For many people, deep brain stimulation doesn’t completely stop the seizures, but it can significantly reduce them. 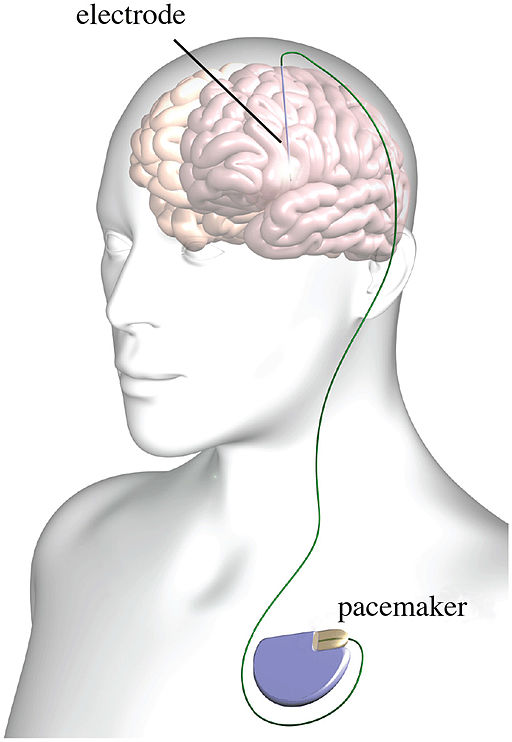 The DBS consists of:

During surgery, the surgeon implants the electrodes into an area deep within the brain called the thalamus. The main function of the thalamus is to relay signals to the brain’s grey matter – which is where seizures are generated.

After surgery, a brain scan is done to ensure the electrodes are correctly placed, then the neurostimulator is implanted under the skin near the collarbone. Wires running from the electrodes in the brain are placed under the skin and connected to the neurostimulator. This device, which is battery-powered, can then be programmed to send electrical impulses to the brain.

Although DBS is a significant surgical procedure, the risks involved are low compared to other types of brain surgery.

How does it work?

DBS is presumed to help modulate abnormal or poorly functioning circuits in the brain so that the brain can work more effectively. This is done by sending continuous electrical signals to specific target areas of the brain, which block the impulses that cause neurological problems such as seizures.

How successful is it?

Figures are still in the early stages but studies show that approximately half of people who have DBS, have less seizures.

It can take up to two years for the DBS to have a positive effect on seizures. DBS is used alongside anti-epileptic medication, not instead of them. However, if the treatment works, it may be possible to reduce antiepileptic medication over time. This will be a discussion you can have with your neurologist.

This treatment for epilepsy is relatively new in Australia and still being implanted under trial conditions.

Is it used for anything else?

DBS is also being used in the treatment of conditions such as Alzheimer’s to diminish memory deficits, chronic pain, and drug and alcohol addiction to prevent relapse, and studied as potential treatment for many others.

Vagus Nerve Stimulation (VNS), Deep Brain Stimulation (DBS) and Responsive Neurostimulation (RNS) are all treatments that fall under the category of Neuromodulation.